A Halloween Treat - Destiny of the Wolf 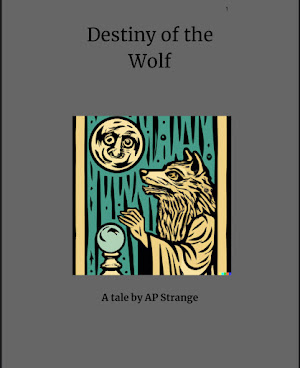 As a Halloween treat this year, I decided to write a story!

Being a big Bela Lugosi fan, it always kind of bummed me out that his character in The Wolf Man (1941) got so little screen time. After all, he was the original werewolf- and a fortune-telling werewolf at that! 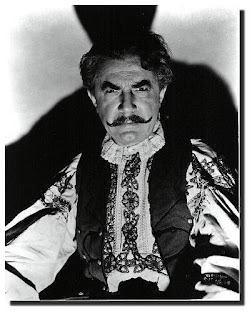 So one night while cooking dinner I dreamed up an origin story for his character, Bela the Fortune Teller. I made a short little booklet and generated illustrations using Dall-E2 AI, and incorporated some werewolf lore culled from Montague Summers' The Werewolf. I had some weirdness and synchronicity happen along the way, which I talked about on my recent appearance on Creative Weirdos with Todd Purse.

Since I told the story to Todd on Creative Weirdos, I thought I'd share this AI image here-
I asked Dall-E to generate a man in black clothes wearing a black hat on a forest path with two wolves, and out of the four one of them spontaneously also included a little hobgoblin... https://t.co/ewo9O6iOJ2 pic.twitter.com/lKmzofzB2t

Without further delay, you can read the story HERE

Writing the story has been a spooky and fun process for me, and I hope you enjoy reading it! Happy Halloween to all my fellow weirdos out there, and remember to trust in the Donut!