Of Grumpy Cats and Alternate Realities

On Friday, May 17th, the news hit the internet that celebrity pet and meme legend Grumpy Cat had passed away, due to complications from a urinary tract infection. The famous grouch's owner, Tabatha Bundesen, made the announcement to the cat's thousands of fans through her extensive social media presence. The kitty in question, whose real name was Tardar Sauce, was 7 years old - and accomplished more in her short life than can be expected of most people.

But for some of us - this had all happened before. Some of us experienced a bit of a Mandela Effect moment...


For my own part, internet memes - cat related or not - occupy little of my attention online. But I couldn't help but feel that I had heard of the passing of Grumpy Cat a few years ago; in fact, I had distinct memories not only of reading a headline, but of reading a short article that remarked on how her condition of feline dwarfism, which contributed to her classic scowl, had also decreased her lifespan. After tweeting this as a passing thought, attributing it to the Mandela Effect while rejecting the possibility that I might just be wrong about something, I found that I wasn't alone in having a memory of Grumpy Cat's demise. Grumpy Cat, for some of us, had died either several years ago or a few months ago... a quick glance at #MandelaEffect on Twitter gave me a better idea of how prevalent this memory is.

I have a distinct ambivalence about the Mandela Effect as a concept. My knee-jerk reaction has generally been that it's an outstanding example of arrogance inherent in Human Nature - that, rather than consider the possibility that some number of people is wrong about the spelling of a title of a children's book series, or how exactly an iconic movie line was delivered, there must by necessity be an alternate dimension or timeline, a temporal shift or some other time/space anomaly responsible. It would be hypocritical of me, however, to dismiss it outright. I've certainly considered crazier ideas. And I have to admit, finding out that Ed McMahon DIDN'T deliver giant checks to peoples' homes gave me a really eerie feeling. I was so certain that I remember seeing it in commercials while idly watching reruns of Gilligan's Island as a kid... To a lesser extent I felt similarly about Grumpy Cat.

One logical explanation for a shared memory of a celebrity cat's demise is that there have been a great many celebrity cats online, several of whom have died. Perhaps we were all remembering a different ubiquitous meme cat's venture into the great beyond? Another famously grumpy looking feline, Colonel Meow - the Guinness Book record holder for cat with the longest fur - died at the age of 2 in 2014. There's a longer list of celebrity or meme related kitties than this blogger cares to enumerate, many of whom have passed on. It's worth considering why the history of the internet (and social media, in particular) is so replete with cat photos and memes. One could argue that cats simply fulfill an archetypal need for our mental health in a data-driven world, wherein we find ourselves awash in a hopeless whirlpool of opinion pieces, bad news, and hoaxes, overwhelmed by the vast sea of information and misinformation that bombards us daily. Grumpy Cat certainly fulfilled this need for many people, who often used her image in memes expressing their dissatisfaction about any number of mundane issues. The image of, and mythology of cats has precedent in many societies throughout the world. It's not surprising that cats would hold such a powerful place within our collective unconscious - down through the ages, cats have occupied some level of metaphysical and emotional space as companions, protectors, and pets. Most obviously the ancient Egyptians held the cats in a place of reverence, and had a goddess in their pantheon named Bast. Bast was the daughter of Ra, and a protector deity.

In other cultures, cats portray a trickster nature and are associated with witches, vampires, and even genies. Black cats, according to superstition, can walk between realities, occupying a liminal territory between one world and another... and of course, in modern physics, there's the often misinterpreted thought experiment of Erwin Schrodinger, who used reductio ad absurdum to illustrate the problems he saw with the Copenhagen Interpretation - that being, when a particle is in an either/or state, it is considered to be both - known as a superposition - until it can be measured. In Schrodinger's example, a cat in a box with a radioactive particle and a flask of poison may either be alive, or dead, but without opening the box to observe, the cat retains equal chances of either state - and thus, according to the quantum view, is both alive and dead. (My apologies to any physicists reading this, I'm not a scientist but I do my best to understand these things...)

So is Tardar Sauce, aka Grumpy Cat, a modern Bast-like avatar of our era, one capable of shifting all of time and space, one who occupies a position both within the realm of the Living and the realm of the Dead? 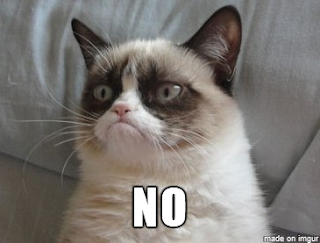 Unfortunately, it seems that the solution to this inter-dimensional quandary is much more mundane, as so often regrettably happens. In 2016, a rumor of the death of Grumpy Cat went viral, leading many of us to believe that the iconic puss-faced pussycat had passed on. It wasn't the first time either; in 2013 pranksters on Twitter created a death hoax for April Fool's Day. It would appear that many of us were duped by misinformation either three or six years ago, creating an eerie deja vu effect upon hearing the news this time. In this age of being perpetually bombarded with both good and bad information at an accelerated rate, we can hardly be blamed for the occasional false memory. Of course, this tinkering with perception may very well be causing a rift in reality itself - perhaps the Mandela Effect in this case IS real, while simultaneously a simpler and more logical solution is true. One thing is for sure, we could all use a protector deity like Bast to protect us from a Temporal Rift...

Posted by Aficionado Prodigiosus at 5:06 AM No comments:

Some Other Sphere Podcast Appearance

It's my pleasure to announce that the episode of the podcast Some Other Sphere wherein host Rick Palmer interviewed me about Discordianism is now available for download or streaming wherever you get your podcasts! In a bit of Erisian synchronicity, the release date of May 1st, 2019 coincides with the 243 anniversary of Adam Weishaupt founding the Bavarian Illuminati... All Hail Discordia! 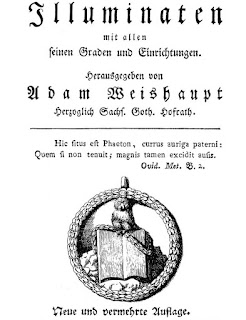 Rick is a great interviewer, and it was a genuine treat to chat with him about Discordian history and philosophy. His podcast is relatively new, but it's very well produced and every episode covers some unique facet of our bizarre reality. I highly recommend any of the episodes he's released!

So give it a listen, won't you?
Posted by Aficionado Prodigiosus at 6:40 PM 3 comments: